We tried a new mission type for our latest Force on Force game, a special operations team extracting an enemy VIP in the Middle East.  In this case, it's a scientist with deadly WMD knowledge who the terrorists would rather kill than surrender to the Americans who came to retrieve him forcibly. 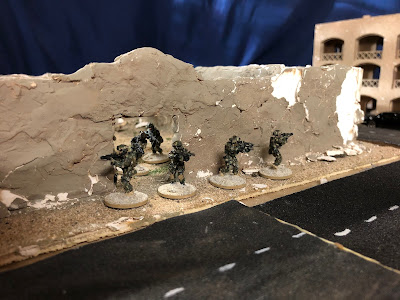 This game took place at night, with visibility limited to 18 inches for the terrorists, who lack night vision goggles (NVGs).  The eleven operators are d10 Troop Quality, d12 Morale, and the terrorists are d6 TQ and d10 Morale.  The four-man team moving with the scientist, the transport team, suffered the Dependent penalty and could not make a Rapid Move.  The overwatch team was set up outside the compound ready to move back to the extraction vehicles at the far end of the board.  The vehicles were being guarded by three female operators that eldest daughter wanted to paint while her brothers were painting.  Eventually, she'll have five of them, so they'll be Fem Force Five, but until she finishes a couple more they'll just be the Fem Force Three.

The chances of the terrorists sounding the alarm increased with each turn - roll a d6 and get a 6 on turn 2, get a 5 on turn 3, and so on.

Here is the compound where we had just liberated the scientist over the dead bodies of his two guards. 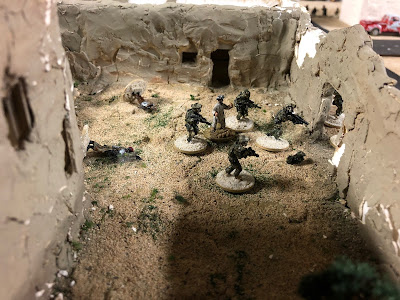 The plan was to take the back road and avoid detection.  The overwatch team began to move, but a unit on the roadside saw them, and we knew we were in for a long night. 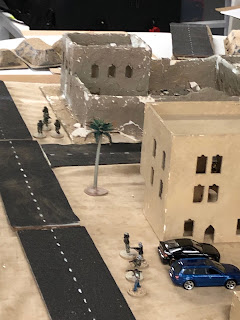 The overwatch team exchanged a round of fire with the enemy fire team that had identified them, and the whole neighborhood was alerted.  We shot all but the leader of the squad, but took a casualty of our own - one of our men was wounded but living. 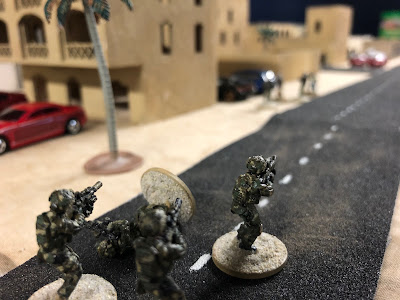 That brought their reinforcements moving toward us. 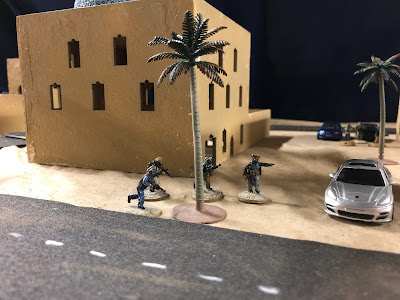 The ensuing round of fire gave the overwatch team another casualty. 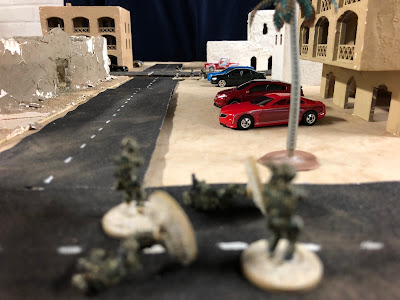 The overwatch team pulled back behind the corner of the objective building and made successful wound checks at the beginning of the next turn – no wound for one casualty, a light wound for the other. 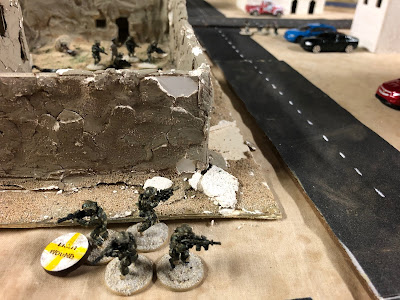 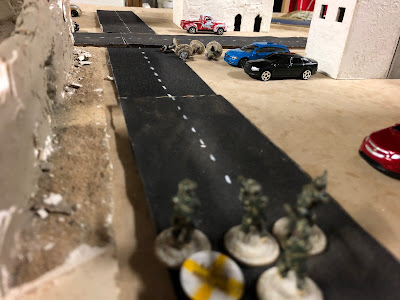 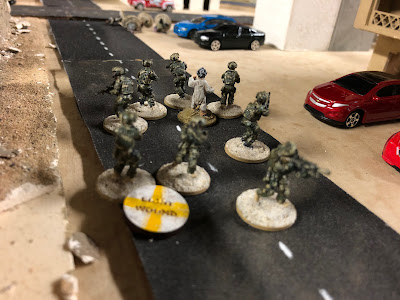 Another group of terrorists emerged to confront the assembled fire teams, but got shot down in short order. 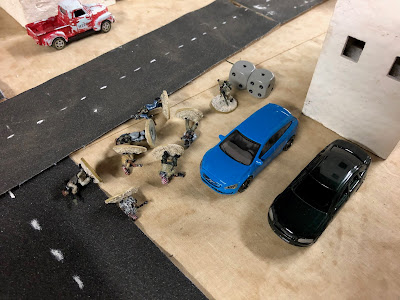 Of course, this just brought more terrorists out of the woodwork… 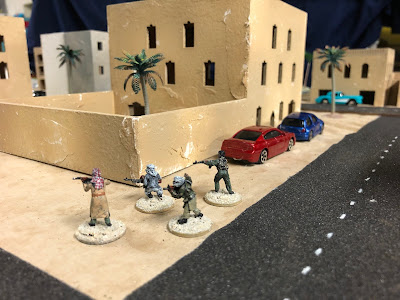 Another terrorist cell encountered the firepower of the two fireteams, dropping a number of fresh casualties on the ground. 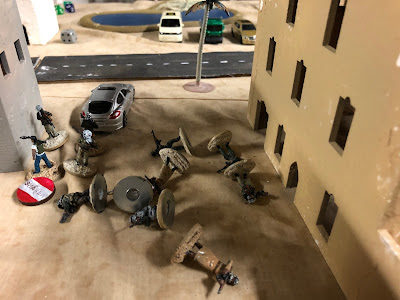 More importantly, however, we had to worry about enemies lying in wait on the rooftops along the extraction route. 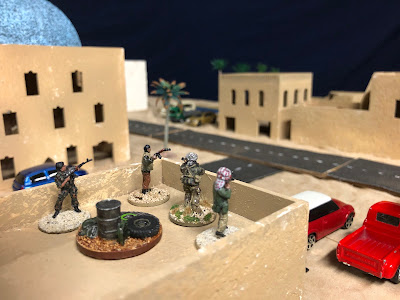 The terrorists also got their act together and called in a technical that came barreling down the road. 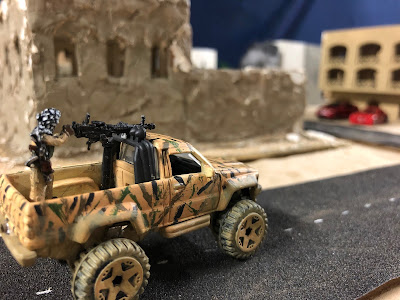 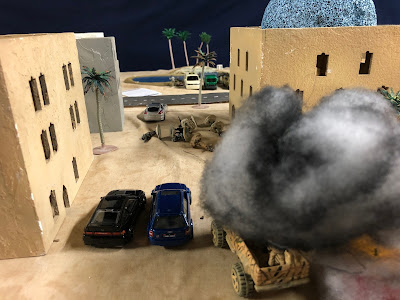 After picking their way through the neighborhood and several more exchanges of fire, they reached the extraction vehicles being guarded by Fox Force Three. 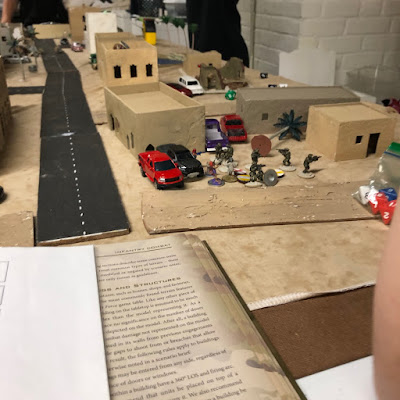 Post-script:  This was a closer game than the above report really shows.  On several occasions the advanced first aid chart that elite troops use in Force on Force saved the operators.  Both fire teams were slugging along with wounded troops and were a bad roll away from mission failure on several occasions.  I feel like this was about the limit for Troop Quality d10 regulars versus TQ d6 irregulars.  The game system really does balance differing troop types well.
Posted by Beast 44a at 10:19 AM

Force on Force: Theaters of Conflict