In the early days, before they were openly raiding cities and leveling towns, the aliens emerged cautiously.  At first, much of their activity was to gather food.  Apparently, their crashed ships didn’t have sufficient food stores on board.
They also like beef.  This raised a lot of questions about whether the stories of cows being mysteriously eviscerated before the invasion were from advance parties or not.
In the end, it doesn’t really matter.

There I was, getting some gas on the way back in town.  This was at the station across from the Parsons farm. 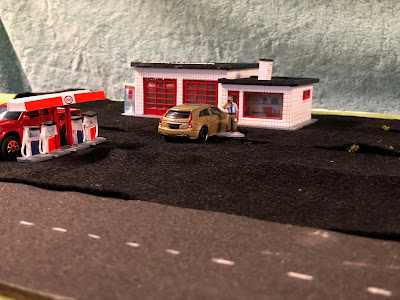 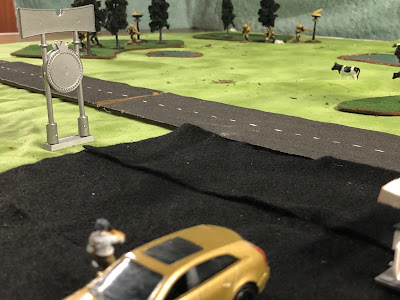 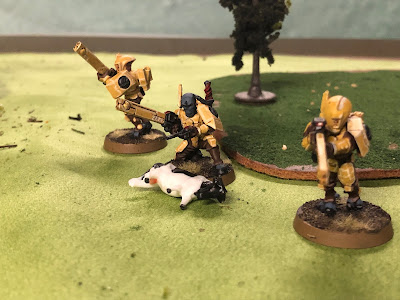 ***Operator:  We already have city and county units on the way, and we think the National Guard is coming, too.  Please stay on the line.  Some of our radio connections have been jammed, we may need you to provide an update.
Me:  Sure, whatever…  Okay, there’s a bunch of cops pulling up. 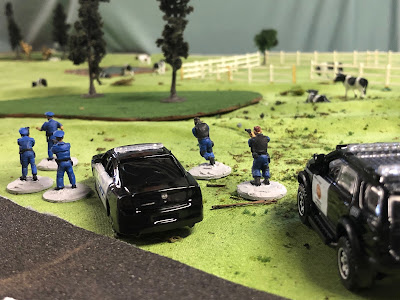 Me:  Oh, man, things just got sporty.  Old man Parsons and his kids are taking shots at the aliens from their barn! 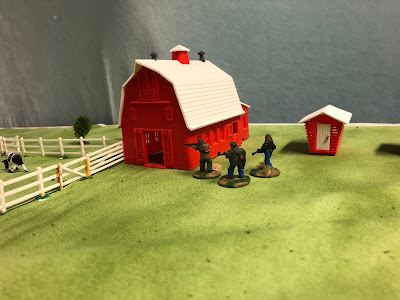 ***Operator:  What’s going on?  I can’t reach any of our units?
Me:  Well, never mind about old man Parsons.  The aliens didn’t care for that at all… 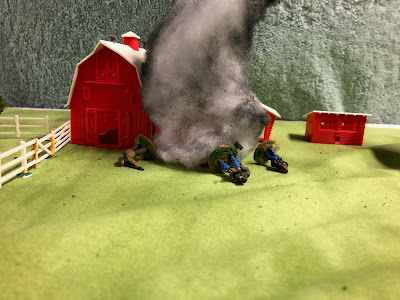 ***Operator:  Okay, I’ll dispatch EMS.  We’ll have medics there in a few minutes, hopefully.
Me:  Oh, man, a helicopter just flew over and fired at the aliens!  Are you doing this?  Please tell them to keep it up! 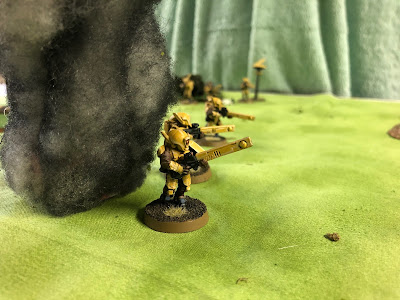 ***Operator:  No, sir.  Like I said, communications are tough.  I’m surprised I can talk to you.
Me:  Oh, one of the cops is down.  Definitely send the ambulance. 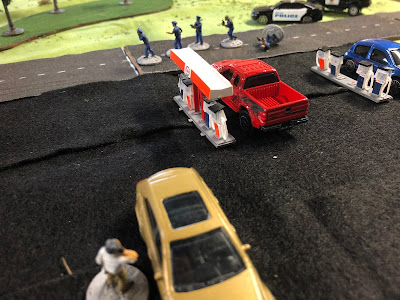 
Me: Better hurry up with the ambulance , things are getting nasty out here.
*** Operator:  I'll see what I can do... Me: Thank goodness that cop is okay.  And the State Troopers arrived with the National Guard.
*** Operator:  Good, the ambulance is on the way.
Me: The aliens are on the move, but our boys are too. 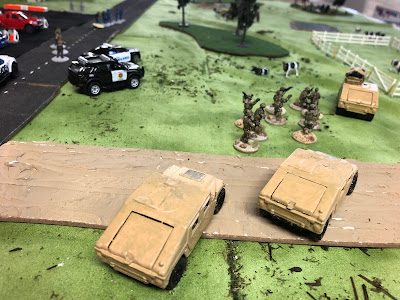 It turned into a mad rush at that point.  Our boys were spoiling for a fight.  And the aliens were trying to abscond with Old Man Parsons' cows. 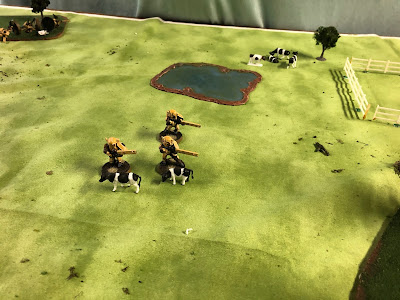 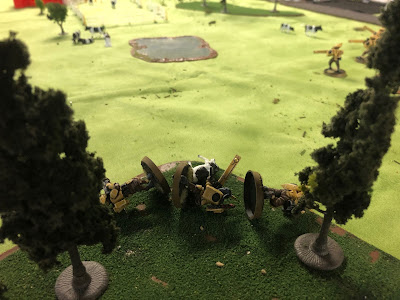 Me:  There's just a few of them left!  Our boys are winning! 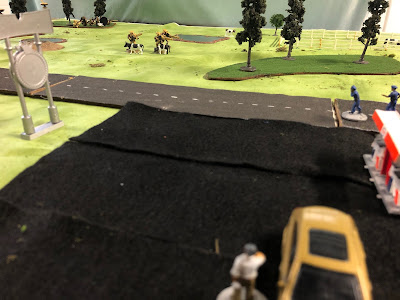 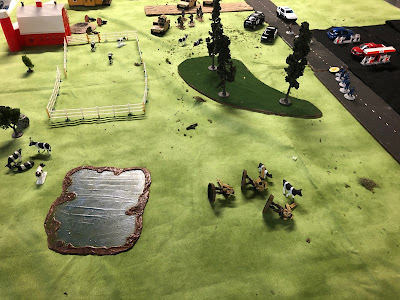 This was the third game in the Modern Warfare:  Alien Invasion series - here's posts one and two.  This is the first using Tomorrow's War, the Ambush Alley sci-fi wargame.

If you browse this blog at all, you'll note that I've probably played and posted more Force on Force AARs than anyone else on the internet.  The commonality between the two systems is strong - Tomorrow's War is basically Force on Force with some technology-specific tweaks to account for a sci-fi setting.

We'll be sticking with Tomorrow's War.  The game flowed well and we were all used to how the Ambush Alley system is supposed to play.

As for the gameplay, the Tech Level advantage of the aliens worked for them until it didn't, and then they were overwhelmed by numbers and some bad rolls.  A good time was had by all, and we plan to get some non-40k aliens and start a campaign using the Tomorrow's War campaign system.
Posted by Beast 44a at 5:09 PM

Force on Force: Theaters of Conflict